Will we have a recession? If inflation hits 10%, it seems almost impossible to avoid. We’d have to increase nominal GDP by more than 10% to avoid real GDP going down, for two quarters. The BLS (or some quango in the USA) is, maybe, going to redefine what a recession is, so that although real GDP will go down for a couple of quarters, Biden can say “No, I did not cause a recession.” Really, who cares? If the economy holds steady, but edges down for six months, maybe it’s not the end of the world. Especially if all your debts are lower by 5% in real terms, and your pay is going up by 10% a year.

We’ve had anaemic growth since … 1980, everywhere in the west, but certainly in the UK. This has been during a time of collapsing inflation. Maybe transferring some real resources from creditors to debtors is exactly what the economy needs.

The 75bp hike by the Fed yesterday, in the teeth of collapsing consumer confidence suggests that the only thing the Fed cares about is inflation. Well, supposedly, CB’s superpower is the ability to crush inflation. We’ll see whether J Poww is really just a new Wizard of Oz. 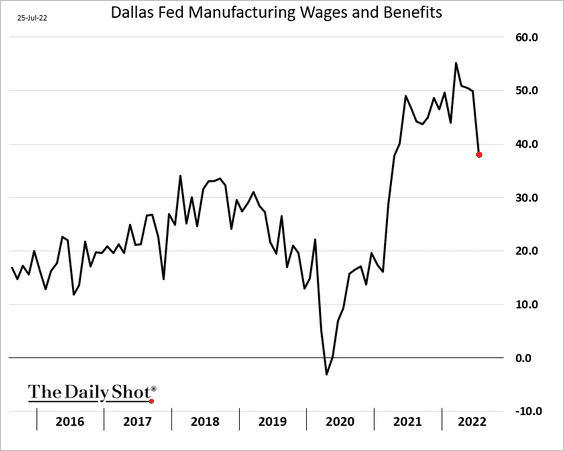 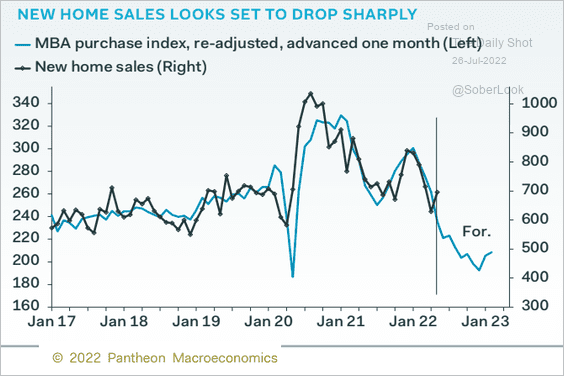 Powell blinked in 2018, when rates hit 2.5%. Headline inflation now makes it very difficult for him to do so again, in spite of the secret third mandate to keep the stock market elevated. Maybe not so secret.

Generally today was pretty uneventful. The US economy contracted for a second quarter, by an annualized rate of 0.9%, which is pretty mild. Stocks went up moderately, yields down, commodities all over the place (Brent Crude going in the opposite direction to WTI).

Currencies didn’t move much. I guess it was a slightly risk-on day, but it’s a holiday weekend in the USA and probably most of the desks were deserted.

Matt Stoller explains why the FB strategy of buying up the competition no longer implementable Matt is a great guy, but is focussed on the injustices and bad general economic consequences of monopolistic practices in the USA. I tend to read his stuff to understand why companies have most pricing power. Warren Buffett’s strategy is only to buy monopolists, or at least those firms which face limited competition.

Although Stoller is not offering an actual analysis of the stock price, if FB no longer has the ability to knock out the competition it would seem logical that it should no longer deserve the same multiple. I guess it’s trading on a P/E of 13, which isn’t too demanding, compared to a P/E of 19 for $GOOG.

Boris Johnson’s ‘cakeism’ is no more than MMT in Eton tails. It’s the idea that you can have tax cuts and more public spending. It really is the idea that there is a magic money tree, at least if you are deemed to be deserving (bankers needing bailouts, PPE procurers, PWC writing a track and trace app, HS2). It’s what people want. Liz Truss understands this, and offers it (but avoids the ‘C’ word), Rishi says that cakeism leads to inflation, which must be stopped by more taxes, at least until just before the next election.

Truss is going to win. Interest rates are going to go up, just in time for the Boomers to get more income on their savings. 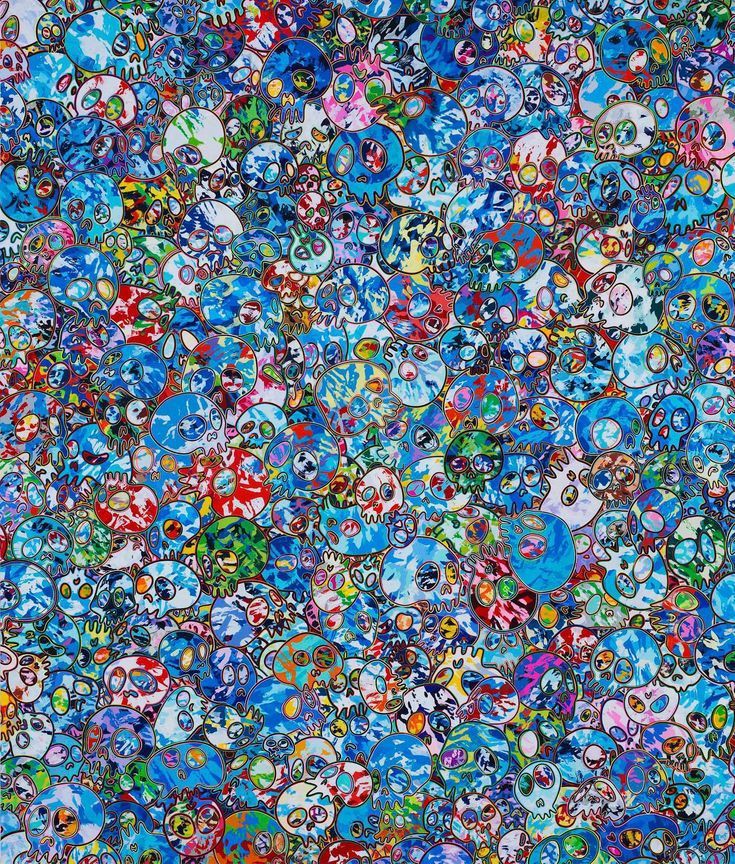